Suddenly, the stranger looked up above him. He was tracking something with his eyes.  He smiled. It was Epoch, who had been making sport of 4 highly competent warriors, wreaking havoc on their party in a matter of moments. Two of his opponents were close to death, and the other two were of no concern. He was on his way to accomplishing his mission – to cast the Shroud of Black Flame into the sea… and himself with it. Though easily capable of defeating them with skill alone, he was in a hurry; so he sped up the process by making himself invisible…until now.

Epoch became concerned for the first time in this soiree by the seashore. The newcomer could indeed see him, and did so with relish – he loved a challenge, and seemed to look forward to this one.

“I can take him,” Epoch reassured himself, “A large and senseless creature…this won’t take long.”
Normally, he would be right. He had tried and failed find anyone anywhere who would be a challenge for his skills.  …Today, that would change.

The barbarian was surprisingly skilled for such a brute. Here was Epoch, master of the wind, moving with the swiftness and ease of a zephyr, yet somehow his opponent remained untouchable, strike after strike. Literally running on the air, Epoch kicked with incalculable speed.
He dodged. Again.
The ninja dealt his lethal signature strike… The barbarian caught his hand!
It seemed as if he anticipated every one of Epoch’s movements. The most maddening part was that he acted as if he was playing! With no weapon drawn, he was smiling, enjoying himself …and was just getting started…

Epoch lost his patience. Having forgotten all sense of self, he was mad with his mission: to get to the sea. To get to the depths and cast himself and the Shroud of Black Flame into the seething waters… Both man and raiment were strikingly powerful…and both determined to self-destruct.

He brought out his personalized weapon – an enchanted dancing whip of razor thin wire. Distancing himself from his opponent, Epoch slashed it at his foe’s chest – success! He was the first to draw blood.

The giant tipped his head to the side. “That’s new,” he said with a grin. There was a large slash across his chest, near his heart…but he acted unscathed.

Dismayed, he began to panic. He had already been fighting with a shameful lack of control – his art reduced to warfare as his desperation increased. Darkness and chaos teemed in his every fiber of his being. Knowing not wherefore, he knew only one thing: the sea.

Using the full power of the shroud he called forth The Tentacles of Black Flame!  They danced and slashed at the barbarian, buying Epoch time and enhancing his sphere of control over wind, energy, and, of late, dark fire.

He looked around, his mind racing, frantic. Finally, he saw his chance for escape, if not victory: the once-formidable warrior-cleric of Tannin! Now pathetic, sprawled out there on the beach – close to death. “I am going to kill him!” He threatened with a sinister look to the barbarian. “Continue pursuing me and he dies. Let me finish what I’ve come for, and he lives.” It was all communicated in that one unsettlingly demented flash of the eye.
No time for hesitation, he summoned an electric strike that would not miss, for he had the powers of Wind and Energy for companions.

The barbarian’s face changed. This was no longer a game. What he thought was a fighting partner became a lethal enemy – anyone who would target an incapacitated bystander with a vital blow is not a fighter, not an artist, but a monster …or possessed. There was a strange sadness in his manner as he stopped playing, drew forth his weapon of choice, a giant sword of pure ice, and resolved to fight.  This was much worse than he had thought.

Indeed, the newcomer reacted a reflex only possible for one who had dealt with these very same dark forces before. He launched a tentacle of his own, a massive whip of water -an extension of his very own arm- and caught the lightning strike. He channeled it out his other arm, through the sword -now also living water- back into the ocean, rescuing the wounded cleric from certain doom. He took the full force of Epoch’s electric attack…in his very own flesh.

Immensely powerful, the electrocution took more out of him than he had expected…especially from this little jaunt by the seashore. But his sheer force of will and now fierce resolve brought him through. His strength returned. His face was somber and resolute.  The game was over.

Epoch cocked his head but had no time to react. Before he knew it, the enormous tentacles of water from each of the barbarian’s arms were entangled with each of Epoch’s own tentacles of Black Flame, wrestling …and winning!
In the briefest of moments the tentacles were extinguished and the watery arms wrapped around Epoch himself. They brought him in close to his opponent, into grappling distance, where Epoch’s skills were outmatched by his opponent’s immense strength.

“Trapped! Torture!” To be bound was the most unthinkable suffering for this ninja who runs on the wind. He fought like a child – forgetting all training, he punched and kicked and bit in a tantrum of pure fear. It was of no use; the goliath’s arms were the size of Epoch’s torso, and grasped him mightily. He was caught, like a bird in a cage…the worst doom.

“Blackness…darkness…escape…WATER!” His mind overflowed with chaotic fury as his body endured the now constant deluge that this strange master of water had summoned from the sea. This creature in a loincloth, entertained by cat-and-mouse battle, took on a depth like the water with which he communed. It was like he was one with the sea, engaging its full power against his opponent from the depths of his soul.

Why such excess? He had caught his opponent – why pummel him with this constant cascade of breakers until he seemed lifeless? Why such punishment against one with whom he had been playing just moments before?

Suddenly, there was a change…and all knew what had happened. The flood ceased. The Black Flame was entirely extinguished and the Black Shroud had been torn from the ninja’s head…and wrested from its grip over his mind. The barbarian poured his soul into putting out the evil flames, and nothing less would have done it. The shroud was off, and both contenders were still alive. It became clear, as the shroud was flung with anathema to the shore, that it had been the cause of all the chaos.

Epoch’s movements began to normalize. Suddenly he had no mind to kill…himself or anyone else. Blinking, sputtering, he gave up the fight. Shroud, ninja, and mask… collapsed on the shore.

She collapsed on the shore.

Everyone gasped as they realized that this insane man enshrouded in black was actually a woman – a surprisingly young one.

Everyone except the barbarian.

He knelt down and looked in her face. Transformed, his face was pained. He examined her anxiously – there was nothing else in the world but her well-being, and it was almost lost.

“Asphar!?” She blinked and gasped. Her eyes glanced side to side as she mapped out her route of escape should she need one. Her entire life was consumed in escape; no exceptions, not even this precious reunion – this serendipitous relief.

He smiled. She is back. She is okay. Oh how he had searched for that face.

Remembering herself, she sat up. Before another blink, she took off. Like in the beginning of the day’s battle, she could not explain why she was running …but at least now she was in her right mind, and had no compulsion to throw herself into the ocean. Her only compulsion was to run.

“Very well! Run, if you must!” he called after her as she made her distance, “I found you once, I will find you again.”
His confident demeanor returned. The chase was on, and he smiled at the thought.  He shouted one last booming call after her…

“You were always meant to be my wife!”

She stopped. Turned. Looked back. Her mind was no longer clouded with the chaos of the shroud. She knew him. He was there, clear as day…clear as water, pure beautiful water…peaceful. She was indescribably grateful that he released her from that lethal possession. She knew him – was drawn to him…He was, in fact, the only one in the world she really knew…including herself. All she knew about herself, really, was flight.
So she ran. 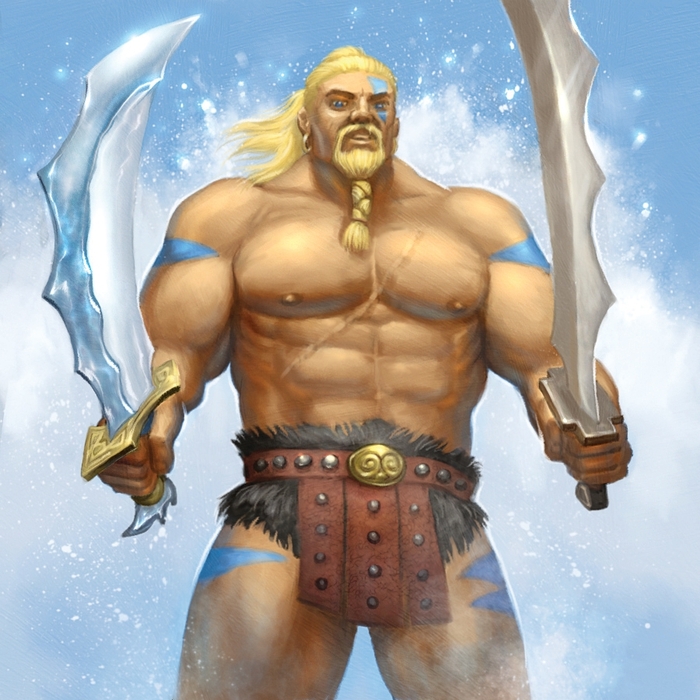