There’s no better way to add to the excitement of The King’s Armory then by adding any of seven new Heroes to your game!

All Heroes come with:

Add new Hero choices to your favorite game by selecting from seven new Heroes!  Consider the new cross Hero synergies when you intertwine them with Heroes you already have! 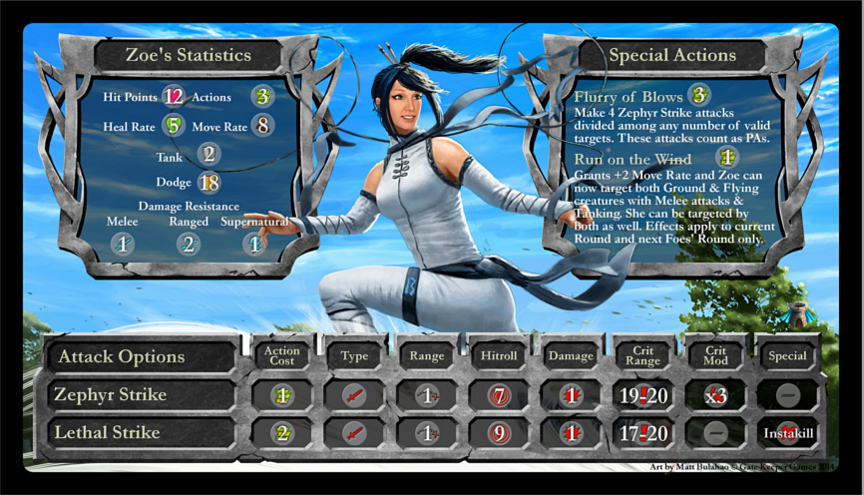 Zoe introduces Invisibility, Sneak Attacks, and the ability to “Run on the Wind” dealing Melee Damage to flying creatures (and you can imagine how used to that they are!).  Zoe also gets a full 4 Action Points per turn. 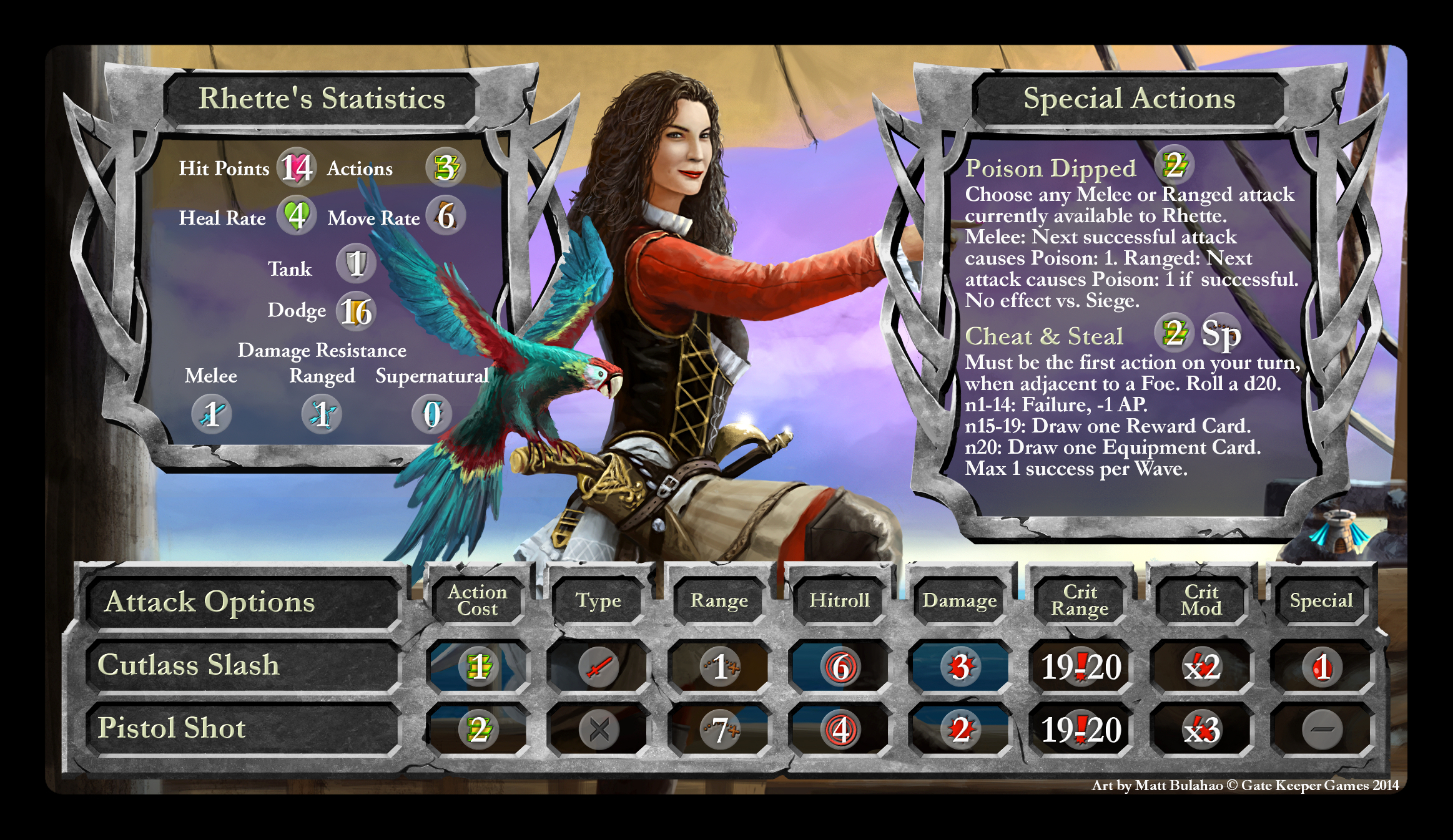 Rhette introduces Poison (a new Status Effect), Stealing, and non-resistible damage, as she carries a gun, and isn’t afraid to use it.
In addition to the standard items, Rhette also comes with Poison tokens.  …BBSSB..P! 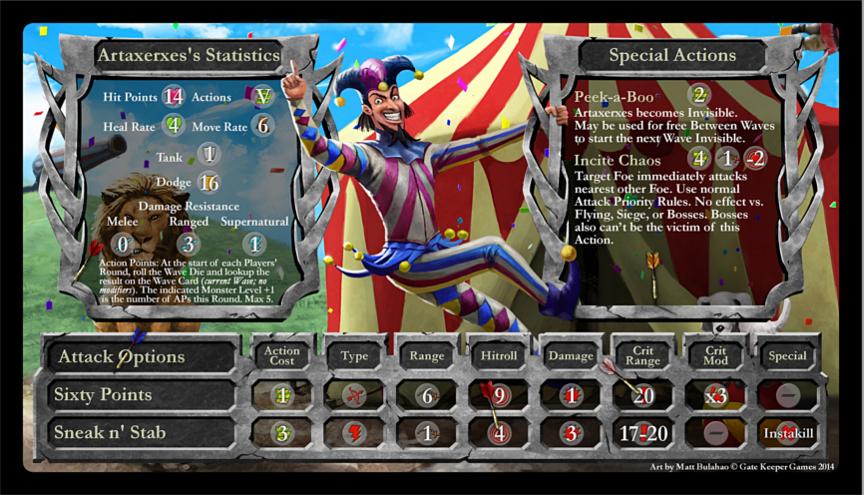 Artaxerxes (art-uh-zer-sees) introduces organized chaos. Where we see ease, he sees bordom; but where we see chaos, he sees fun!  As a result, Artaxerxes gets a random number of Action Points each Player Turn!  He can also trick the monsters into attacking each other. 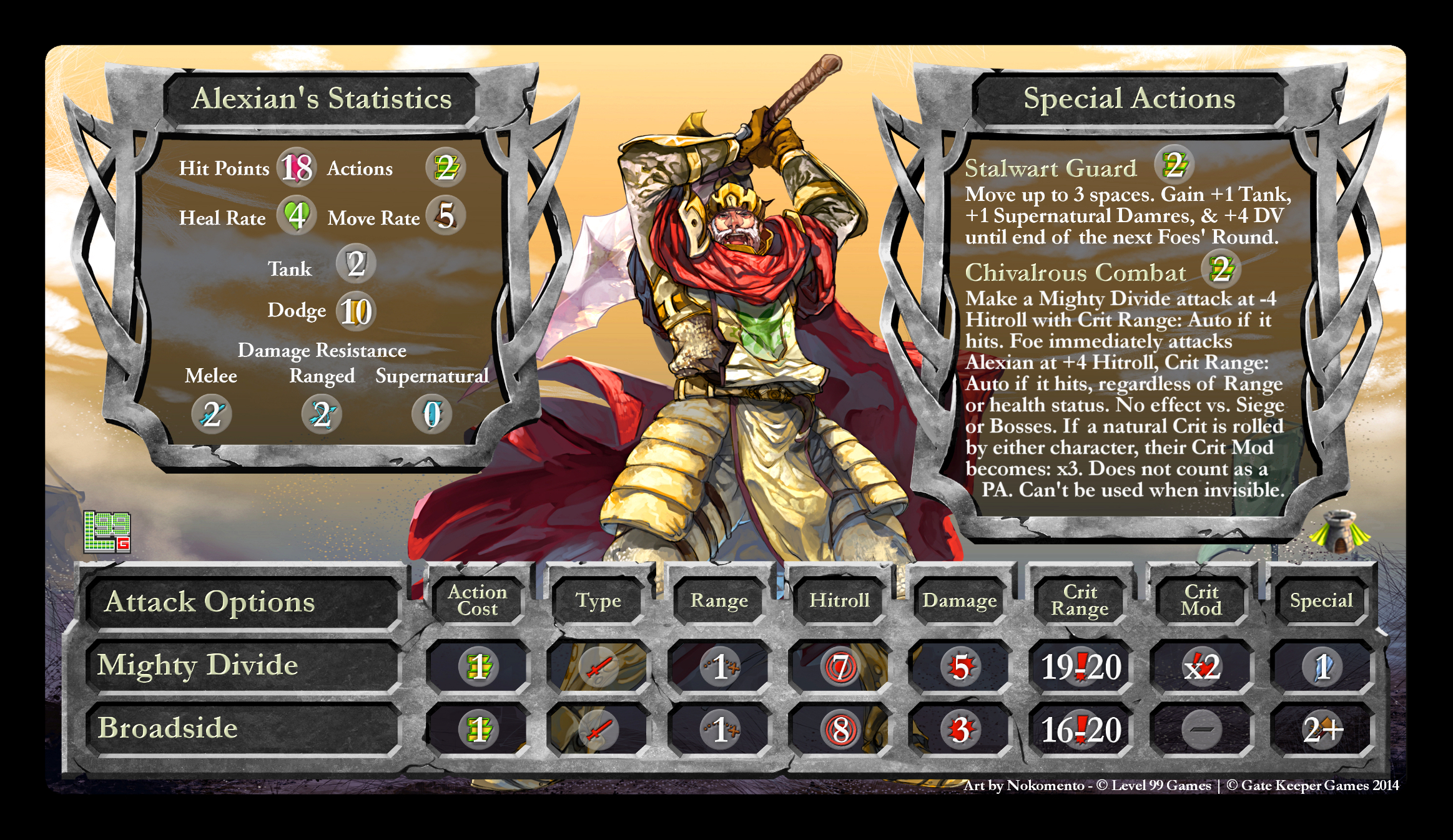 Alexian is a Level 99 Games “Devastation of Indines” cameo character.  A hugely powerful heavy hitter, Alexian does base 5 damage per hit, and introduces Knockback.  In a game that is an “anti-race”, that can be hugely helpful!  (Limited Edition) 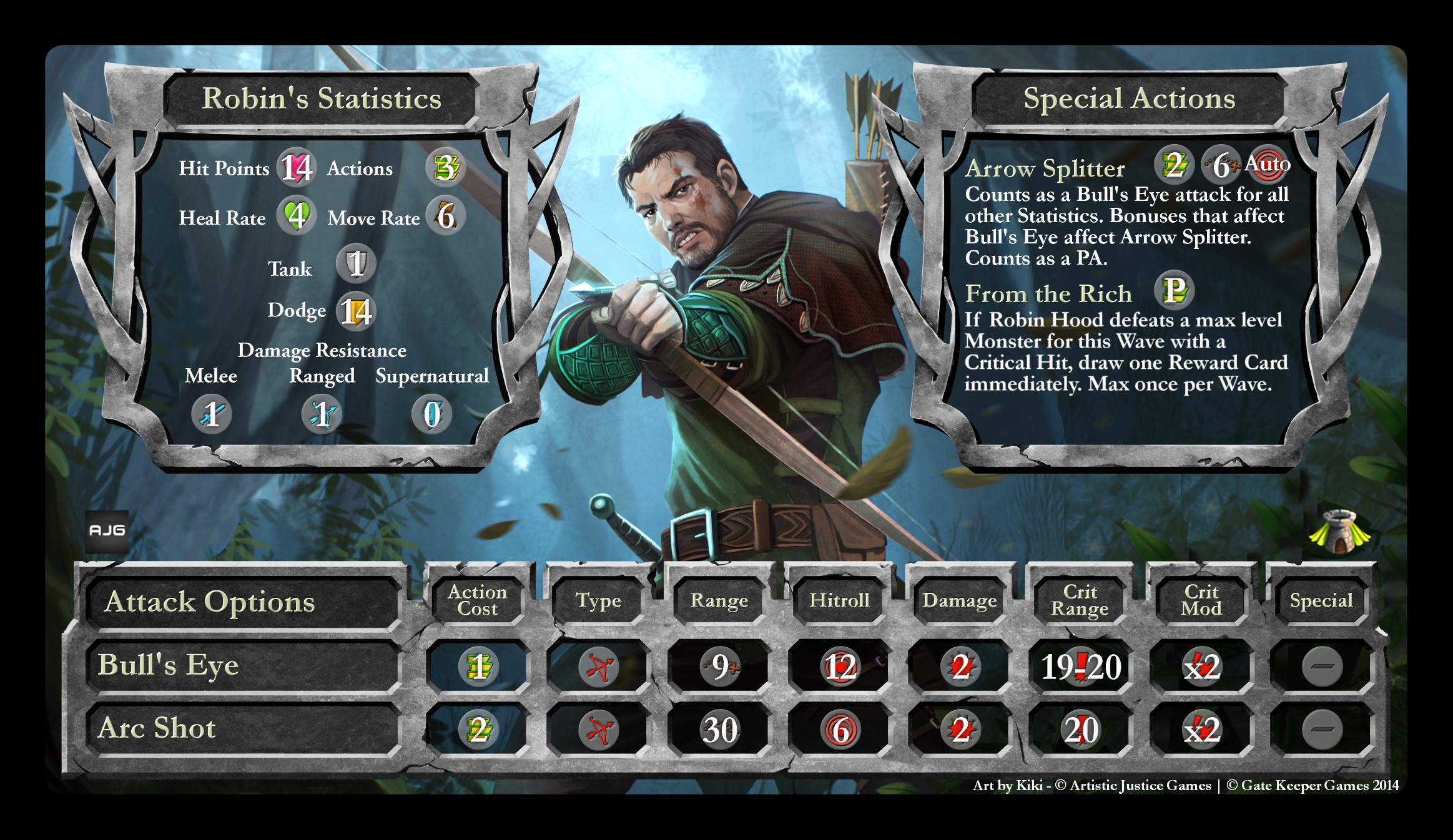 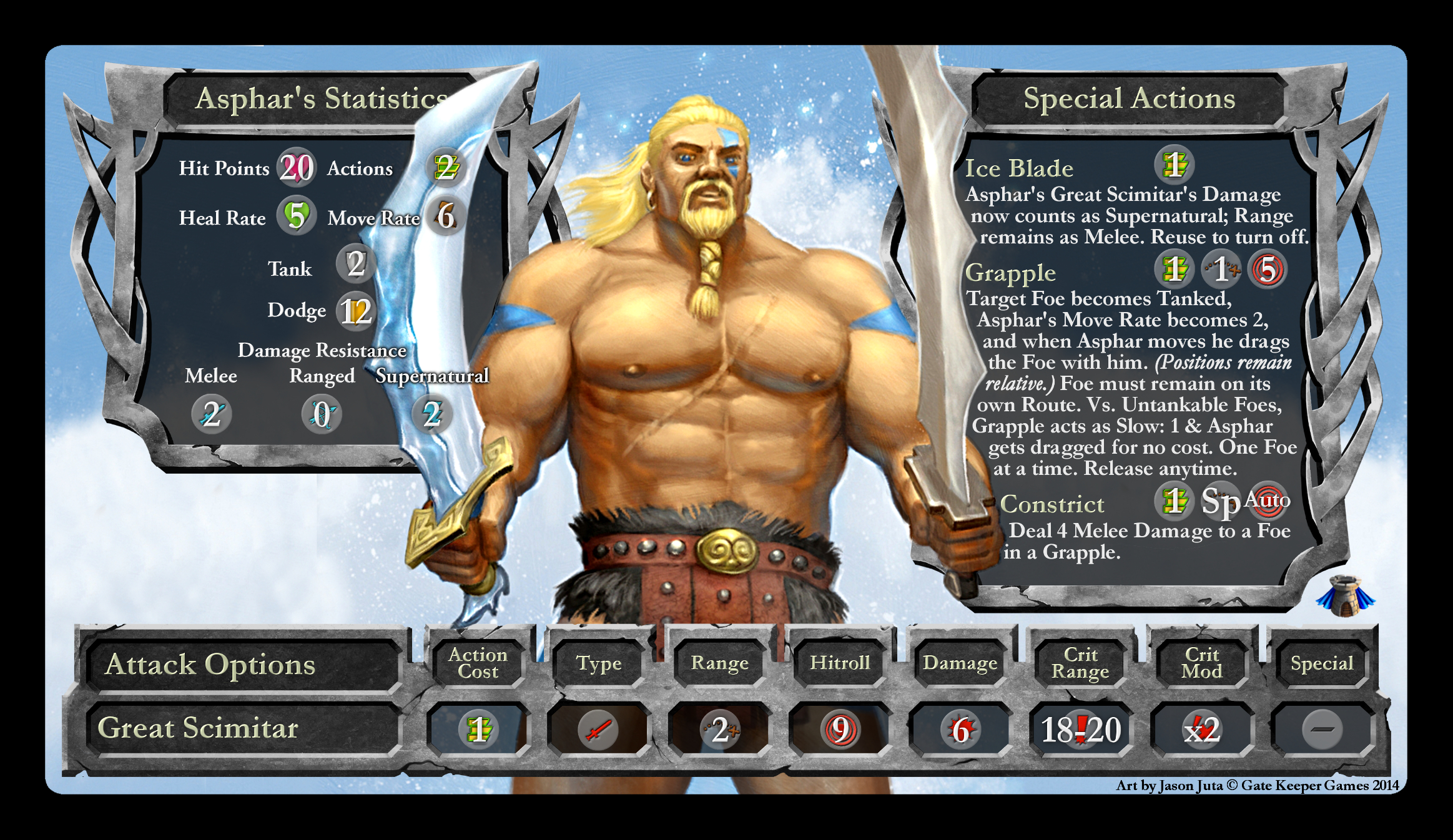 Asphar is the record-holding highest damage character in the game. Introducting a new form of Tanking, called Grapple, he can choke out nearly any enemy in the game.  There’s no question about it, Asphar is the verifiable “Boss Killer”.   A must have. 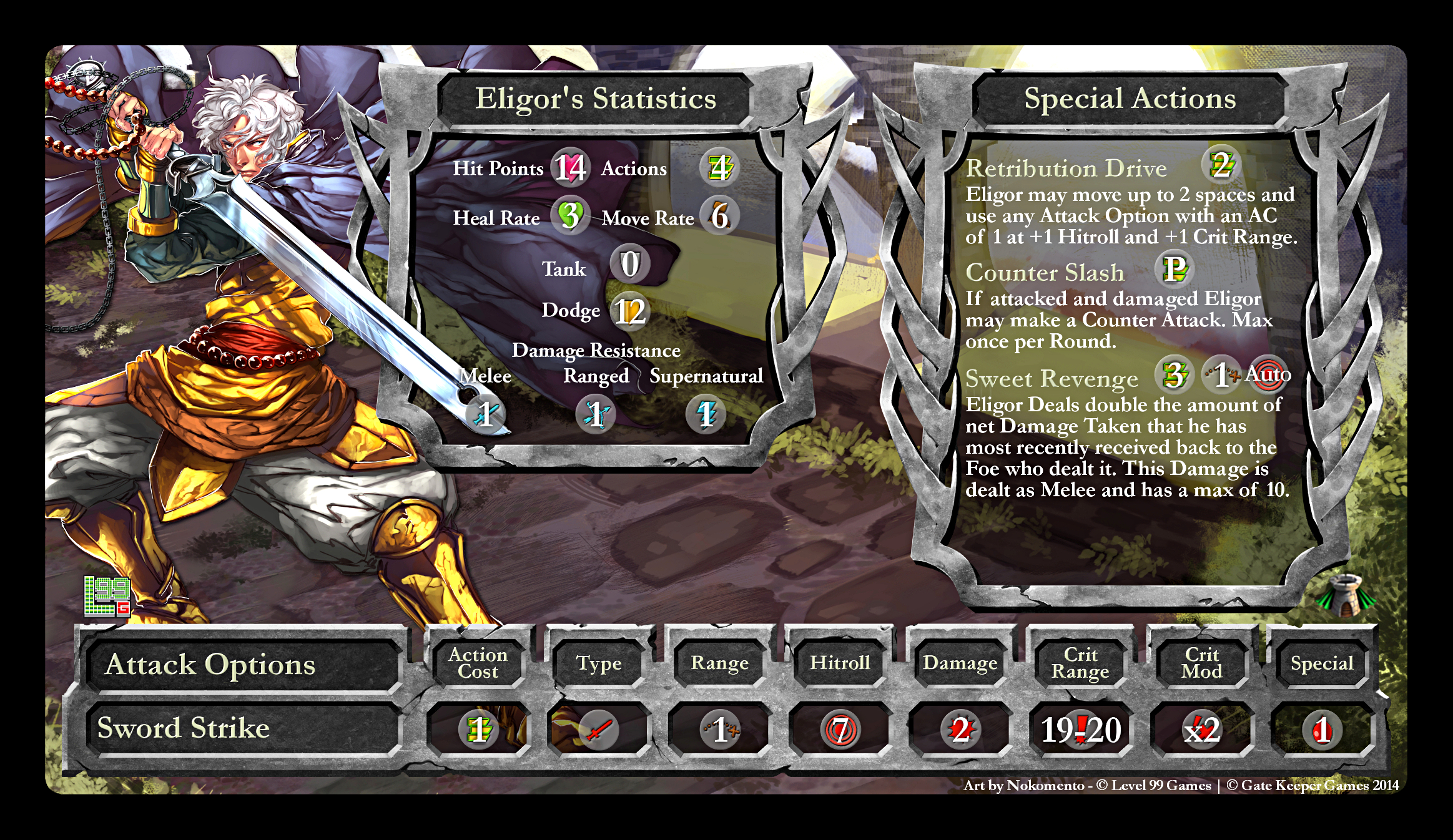 Eligor is a Level 99 Games “Devastation of Indines” cameo character, with huge vengeance issues.  The more damage he takes, the more damage he does!  Keep him well healed, and giants won’t seem so giant anymore.

*The Asphar & Eligor 2-pack are full of Limited Edition Content, including additional Tunnel Map Tiles, a mech-Armory Card, and tons of cards for your Equipment and Reinforcement Decks.  These Heroes and items are not sold separately.

Read up on all the bonus abilities these expansion Heroes add by reading our add-on errata guide here.

There are no reviews yet.

Be the first to review “TKA Heroes” Cancel reply